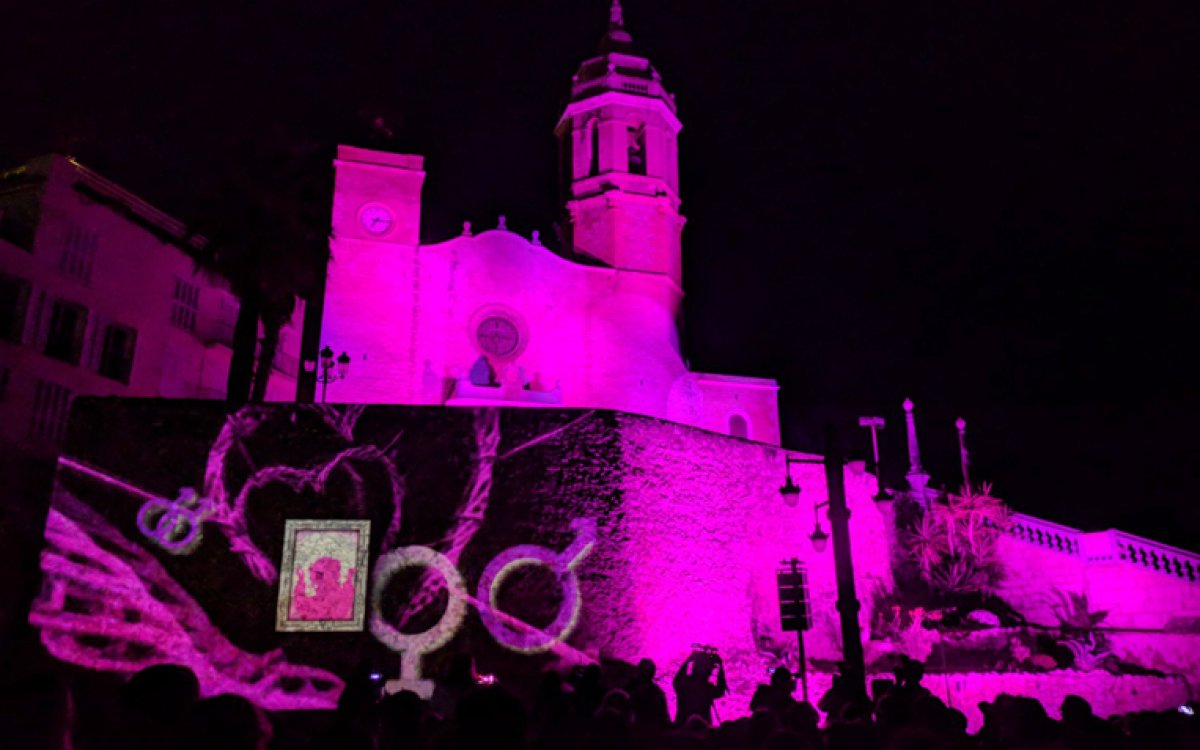 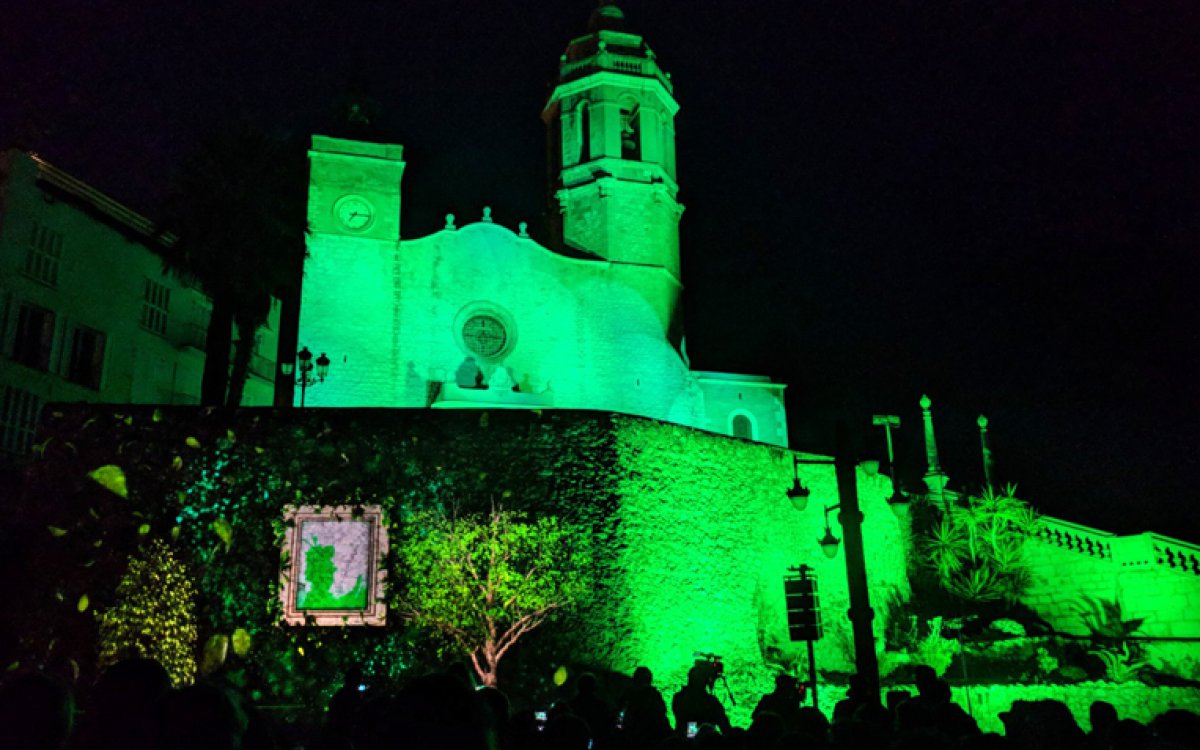 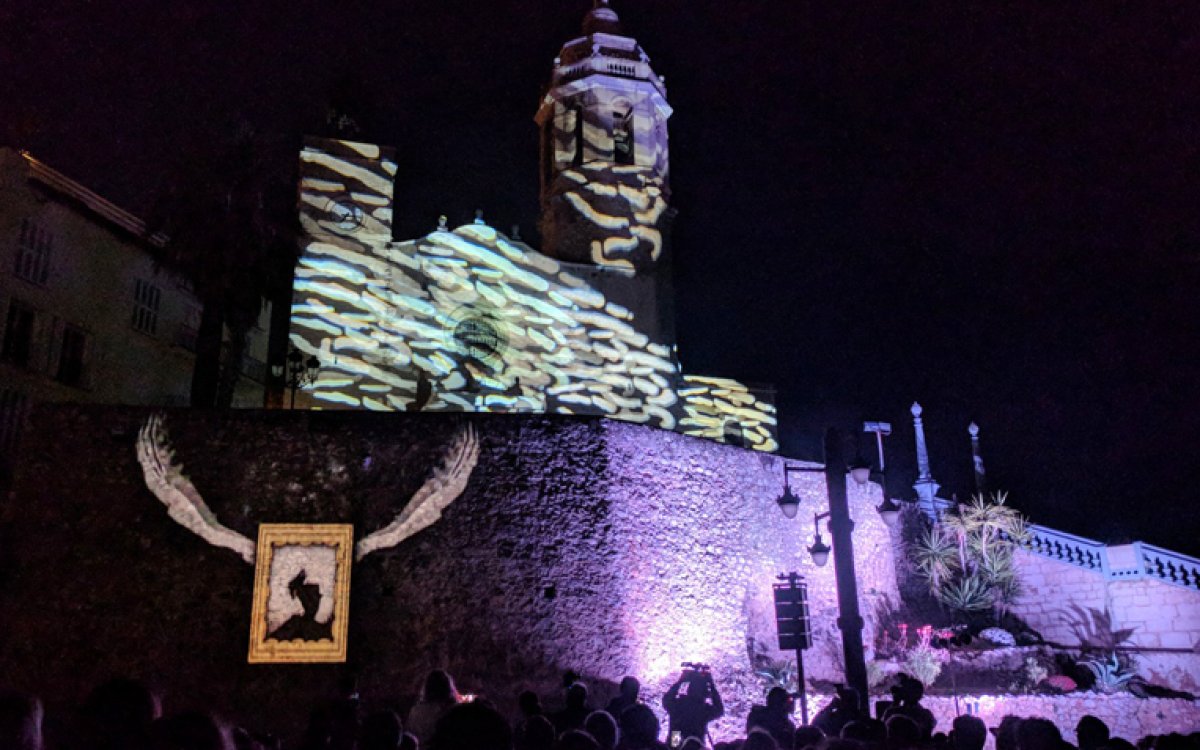 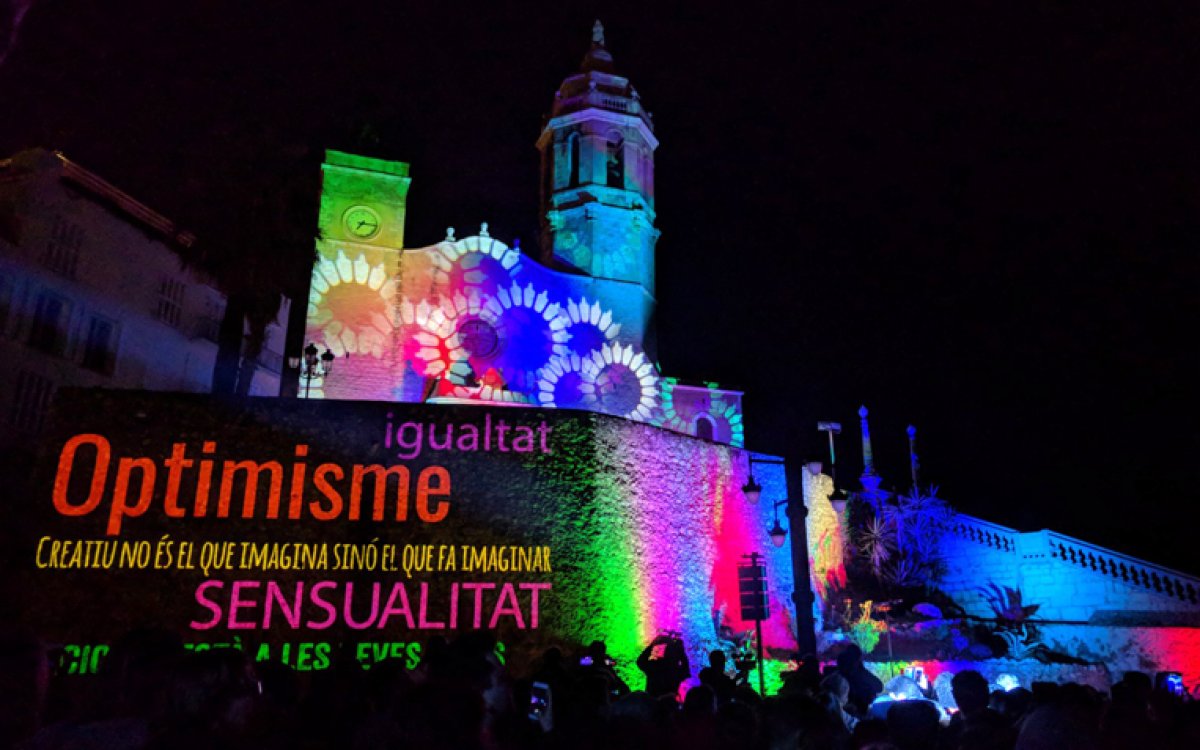 One of the most important moments of the Sitges Carnival is the Arrival of His Majesty Carnestoltes, who, in this edition, has arrived at Sitges accompanied by his follow-up formed by seven guarantors of the fundamental values. Represented by seven colors (yellow, lilac, pink, green, blue, orange, pink and black and white), each of them has been defenders of claims such as freedom, feminism, nature, peace, of fun, love, extremism, among others, symbolisms that SÍNOCA has shaped with images in the projection projected on the walls of the Fragata.
Sitges Carnival, selected as one of the best in Spain, this year has been organized by Aliguinhos group and SÍNOCA has been in charge of audiovisual production and mapping projection, of all the lighting equipment for tint the space and the sound equipment. A show that we filled in with color and music.
The event, which gave the official start to the Sitges Carnival 2019, was able to gather more than 6,000 people to the Frigate.